The goal of this blog series is to provide STEM pen pals with inspiration and ideas from real letters written by STEM professionals. We asked our 2019-20 LPS teachers to pick a letter that stood out to them and tell us why. We hope this series serves as a resource for pen pals to make letters accessible and engaging for pre-scientists.

This letter was written by STEM pen pal Chequita to a 5th grade pre-scientist for round 2. The theme this round was higher education journey.

The letter was annotated and reviewed by LPS Teacher Mrs. Haney, and here’s what she had to say:

Overall, why was this letter exceptional?
The best parts of this letter were that this scientist found several ways to connect and engage with their pre-scientist. This scientist acknowledged that she is in school full time like her pre-scientist, she also has similar interests and hobbies and also made references of what her pre-scientist shared in their recent letter. Chequita also asked several questions at the end of her letter, both related to science and not!

Check out the letter below, with Mrs. Wojnar’s annotations in red and green. Thanks to Chequita for not only being a great pen pal, but also allowing us to annotate and publish their letter so others can benefit! 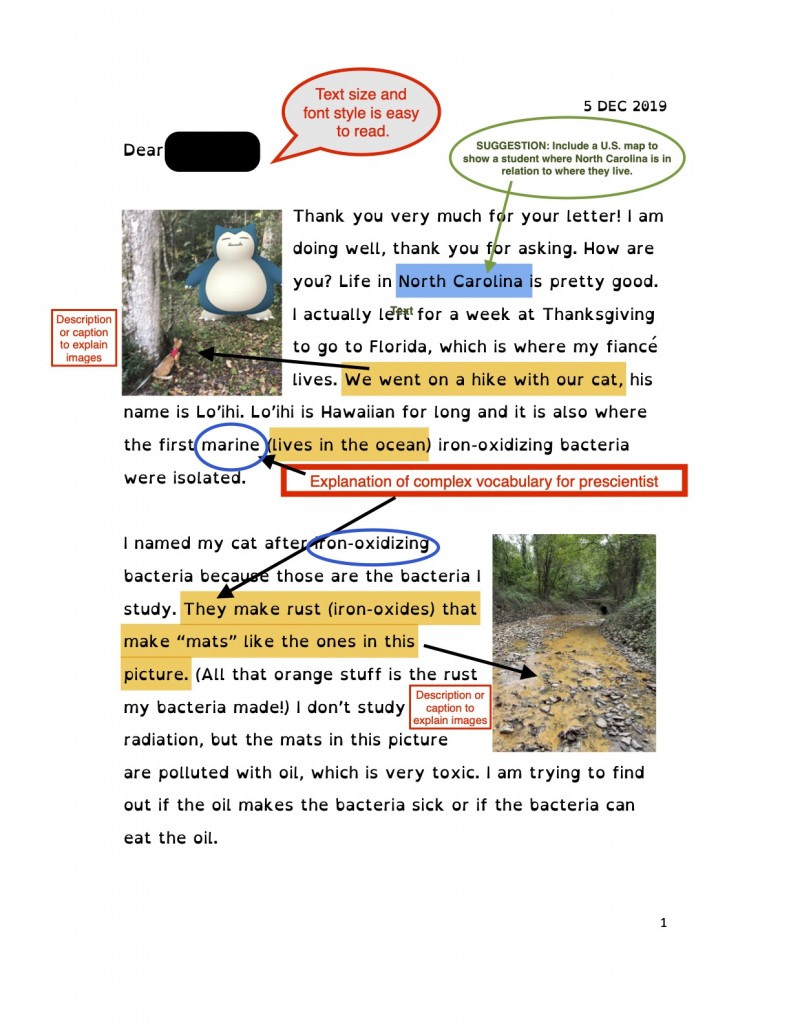 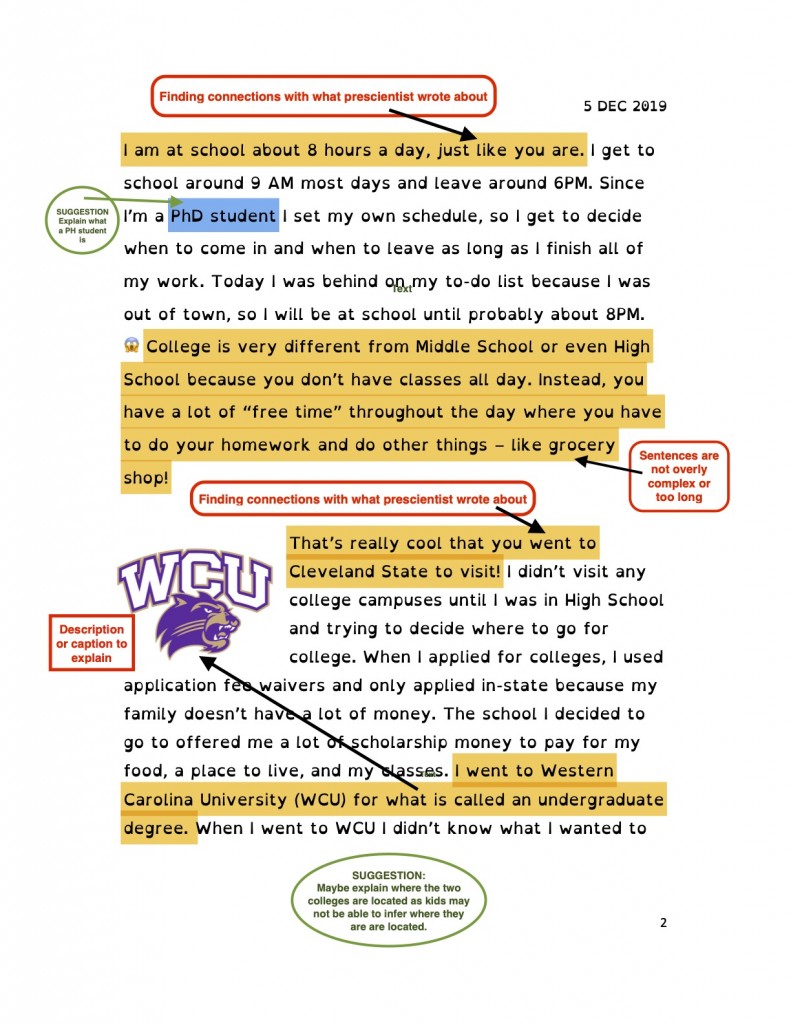 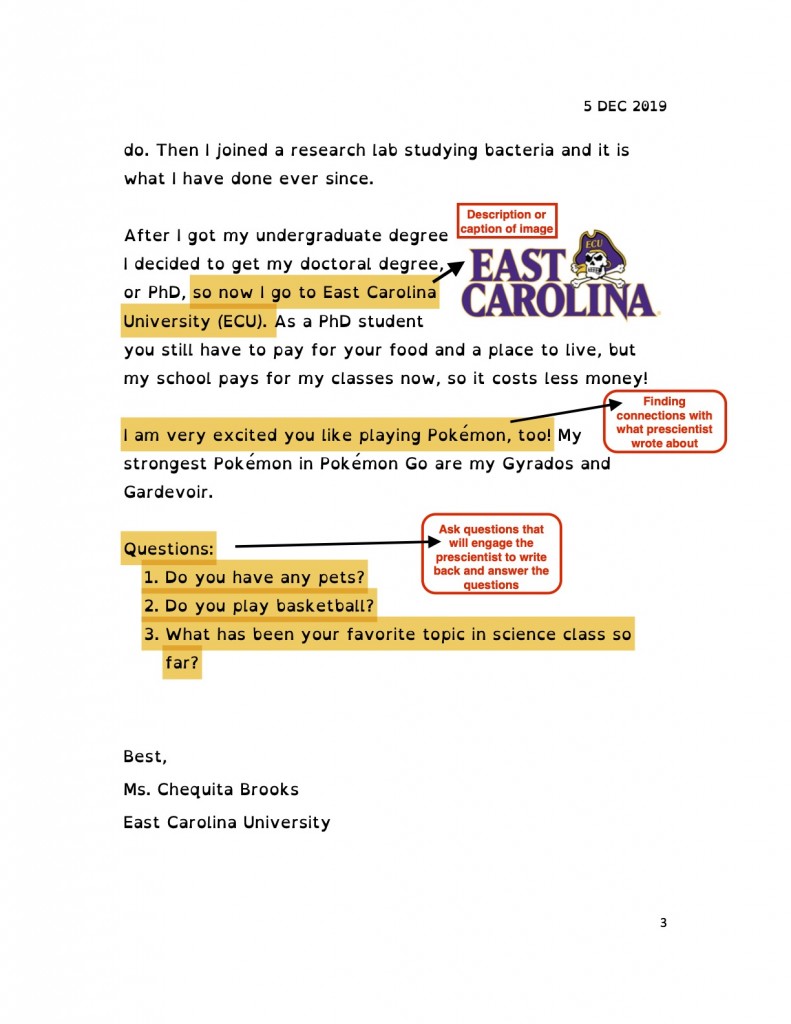