Home » About us » The scientists

Take a glimpse into the lives of a few of the hundreds of scientists who inspire our pre-scientists through their letters, careers and passions.

Frances Nguyen: Austin, TX
When people think of “science,” I don’t think they usually think of “public health,” but they should! 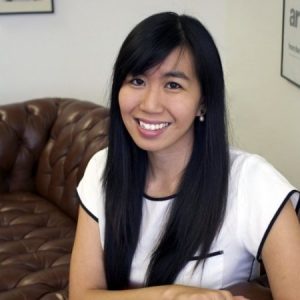 While many of us don’t work in a traditional laboratory with a white lab coat, public health professionals still use evidence, data, and scientific methods to drive our practices to improve the health of the population. There are many different fields in public health, and the one that I work in is health promotion. Health promotion is concerned with how people’s behaviors affect their health and how to create positive health outcomes.

I currently work at the Harris County Public Health Department as the project coordinator for the Healthy Living Matters collaborative. Healthy Living Matters aims to reduce childhood obesity in Harris County through policy and environmental change. For example, we worked with local corner stores to stock their shelves with healthy options like fresh fruits and vegetables!

I wanted to get involved with Letters to a Pre-Scientist because I believe that science is important for everyone. It builds a certain way of learning about the world that fosters curiosity and discovery. I also used to work as an educator in a middle-school, and I value being able to connect one-on-one with students. When not working, I like trying out new recipes for baked goods, walking my dog, and having dinner parties with friends.

Chris Walthers: Los Angeles, CA
I would like to say I was born to be a scientist, but to be honest, it has been much more complicated than that. Growing up in upstate New York, I was always a curious little 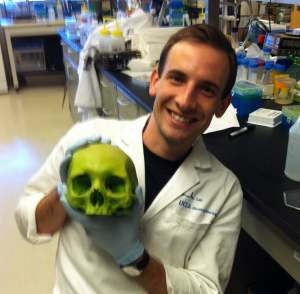 troublemaker, for lack of a better word. Radios and telephones were dissected and disassembled on a regular basis and I spent hours every summer day looking under rocks for bugs and other critters. Despite many nerdy habits and a heavy interest in video games, I wasn’t very good at math and science mostly because I just didn’t care.

Then something happened that changed everything: Jurassic Park. I was only in 2nd grade, but my Dad took me to see it despite the toothy monsters on the screen. As if it weren’t dorky enough to have a fondness for dinosaurs, I was more interested in the genetics of Jurassic Park. How amazing was it that we could make dinosaurs come back to life through this mysterious set of DNA blueprints frozen in a mosquito (even if only through movie magic)? I was hooked.

This spurred an interest in science, particularly biology and engineering, that took me from my tiny semi-rural hometown of Malta, New York all the way to Chapel Hill, North Carolina for my undergraduate degree and finally to Los Angeles, California where I received my Ph.D in Biomedical Engineering. My research explores how our bodies deteriorate as we age and how we can engineer better ways to treat disease. Someday I hope we will be able to treat disabling diseases like osteoporosis and have a greater insight into the problems associated with loss of these structural tissues. Not everyone gets a chance to do something they love, let alone so early in their life, and I love to share that with a bunch of inspired young scientists at the early stages of their own interests. 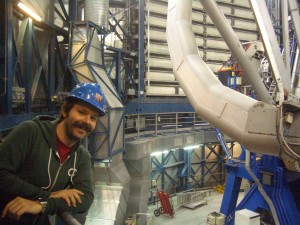 I am an astronomer working at the Max Planck Institut für Astronomie in Germany.  I grew up near Dallas, Texas, studied physics at Texas A&M,and astronomy at t.u. Austin.  As an astronomer, I study how magnetic fields affect the process of star formation.  I’m also helping to build an instrument for the VLT (Very Large Telescope) in Chile.  The instrument is called GRAVITY (http://www.mpe.mpg.de/ir/gravity) and will study the orbits of stars around the super-massive black hole in the center of the Milky Way.  This will help us test Einstein’s theory of General Relativity!

Many people assume that science is dry and unemotional and somehow lacking in the “human” touch. I profoundly disagree. Science is one of the most creative enterprises one can endeavor to do. Thinking of completely new explanations or experiments requires ingenuity and a willingness to look at the world from an original perspective.

I’m excited to be a part of the Letters to a Prescientist program because I remember being the age of the students, and being fascinated with dinosaurs and outer space.  However, I never met a real scientist so it never really dawned on me until much later that you could grow up and get paid to study cool things.  The letters I receive from my pen-pal are entertaining and full of optimism.  I’m glad I can participate in the letter-writing lessons, and hope I can impart a small bit of my enthusiasm for science. 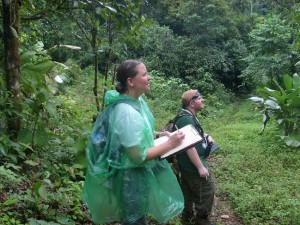 I’m a biological anthropologist and an Assistant Professor of Biology at Oklahoma City University. I am most interested in primate behavioral plasticity and how this helps us understand how primates can live and adjust to changing environments. I currently study squirrel monkeys in southern Costa Rica and orangutans at the Oklahoma City Zoo. I’m interest in how squirrel monkeys live in habitats affected by humans through farming and pasture land, and how orangutan behavior changes in captivity. I’ve also studied tourism and primates in Suriname.

I’m excited to be a pen pal as I’d love to help students get an inside glimpse at being a scientist. Too often science is portrayed as boring and dull, when really it is one of the most exciting things you can do. As a scientists, I get to learn things that no one else knows. I look forward to sharing this experience with a kid in school. 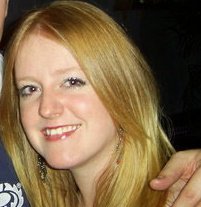 My name’s Lesley and I studied Neuroscience at the University of Dundee in Scotland, learning about different diseases of the brain, how they happened, and current cures. I also learned about different ways to study the effects of drugs in a lab, looking at cells growing, changing DNA and lots of really interesting things.When I was 18 years old my Mum suffered from a bleed on her brain, which isn’t something I knew anything about at the time. When I first chose my course it was supposed to be Pharmacology (how drugs work in the body), but I felt inspired to choose Neuroscience when it became available as an option during my final year at University.It was also my Mum who inspired me to go to University. For my parents’ generation it wasn’t possible for everybody to do this, so she really hoped for the best education for me, and I was the first person in my family to go. I chose Dundee University because it has an excellent reputation for teaching science, and also because it wasn’t too far from home. I really enjoyed studying science. I lived with 5 other girls in my first year, and we had a lot of fun together. We would go to sports clubs and go out together. I enjoyed my courses too. In the first year I studied quite a broad range of topics, like basic biology, physics, chemistry, etc., but was able to choose different modules as I went along. As the course went on you could choose more specialist topics and change your degree choice according to what you found interesting. In that way you learned from the basics up to the specifics, which was really helpful.In my final year I did a lab placement, where I looked at how different drugs from the cannabis plant affected cell signaling (how cells talk to each other) in the brain. I found this really interesting and was able to go to a conference in Hungary to present my results. Working on drugs from the cannabis plant has really shaped my career as I went on to study a PhD (another degree) at the University of Aberdeen in Scotland looking at similar drugs and how they affect breast cancer cells. From there I was offered a job at the only company in the United Kingdom which legally grows cannabis for medical use. The company runs clinical trials in patients with cancer and multiple sclerosis (to see if the drugs can help the patients), and I write up the results of these studies.

My higher education has been essential to my career path. Without those years of studying, it would be very hard to understand some of the things I’m supposed to write about. I’m excited to be a pen pal to share some of my experiences with children, and to hopefully make them excited about the possibility of a career in science. Also, I’m interested in hearing what the children are doing at school and finding out about their hopes and dreams for the future!